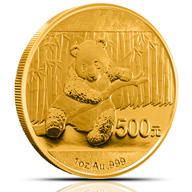 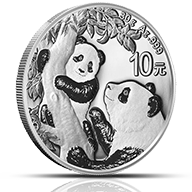 Also known as the China Banknote Printing and Minting Corporation, the Chinese Mint produces circulation coins, bullion coins, paper currency, and medals for the People's Bank of China. The mint's bullion coins, while limited in variety, are highly sought after for their purity and constantly changing designs.

A goal of the Chinese Mint is to combine traditional skills and techniques with modern technology. All of the mint's products aim to capture the heart of Chinese culture. The mint's success can be noted by the popularity of their Panda bullion coins, which have become among the most popular in the world.

While the mint has seen wild success in modern times, its early accomplishments are not to be dismissed. After all, the mint has been operational for many years, albeit with a colorful history full of ups and downs. Yet it has grown to become an essential part of the Chinese economy.

History of the Chinese Mint

Coinage has been produced in China for centuries. In fact, many historians believe the first banknotes were created from leather on the Chinese mainland. During the 9th century, China became the first nation to issue paper currency. However, the modern history of the Chinese Mint is still fairly recent.

The Chinese Mint as we know it began in 1896 under the Qing Dynasty government, when it was called the Centralized Mint. The Duzhibu Printing Bureau was established in 1908 at Beijing's Banknote Printing Plant, followed later by the Shangjing Mint founded by Mao Tse Tung. After some time, these facilities merged to form today's China Banknote Printing and Minting Corporation, often referred to as the Chinese Mint. It is overseen by the People's Bank of China and controlled by the government of the People's Republic of China.

At the beginning of the Second Sino-Japanese War (in 1937) and through World War II, the Chinese government began spreading the mint into several branches across the country, including cities like Wuchang, Lanjou, Qunming, and Kuailin. Shortly after, China's nationalist government–along with the mint–fled to Taiwan. During this time, Mao Tse Tung led the revolutionary efforts against Japanese occupation. At the end of WWII in 1945, China was released from the Japanese when the US defeated their forces. After a long occupation, China's nationalist government struggled to regain control over the nation.

While the governmental structure of the Chinese Mint left for Taiwan, the physical facilities of the modern mint have been long established. Current operating facilities are located in Shenyang, Shanghai, Beijing, Shenzhen, and Nanjing.

The Chinese Mint is known for their beloved Panda bullion series, which was introduced in 1982 when the first Gold Panda was released–in both bullion and proof versions. These coins were struck in .999 fine gold with a variety of weight options.

The success of the Gold Panda led to the creation of the Silver Panda, which was introduced in 1983. The one ounce coin was made of .900 fine silver until 1985. No Silver Pandas were made in 1986, but they returned in 1987 with a couple fractional weight options struck in .925 fine silver.

The Gold and Silver Panda coins feature the same designs, simply struck in their respective metal. However, the reverse design changes with each annual release. The common motif is that of the endangered panda bear, and most of the ever-changing designs feature the beloved bear with its favorite snack–bamboo shoots. Meanwhile, the static obverse showcases the Temple of Heaven in Beijing, a centuries-old building that pays homage to Chinese culture.

In 2016, the Chinese Mint shifted from a troy ounce system to a metric system. All Panda coins produced since then have been measured in grams, meaning that the standard 30 gram coin contains slightly less metal than the previous one ounce version. Yet, this system brought these coins into conformity with measurement standards in China and many other countries around the world.

The inspiration for the Panda coins stemmed from a line of gold commemorative coins produced by the Chinese Mint in 1979. They were made to celebrate the 30th anniversary of the formation of the People's Republic of China. Since then, the Chinese Mint has been creating bullion coins that are internationally recognized and renowned for their beauty and high purity standards.