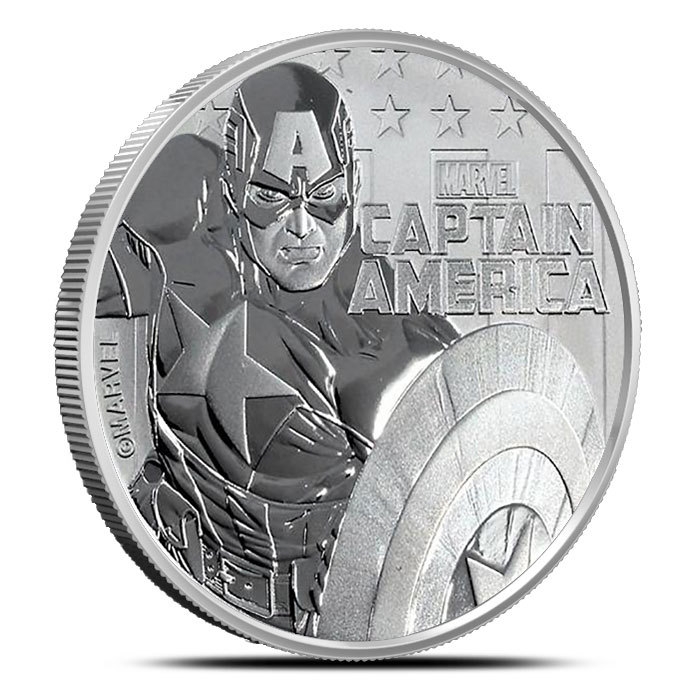 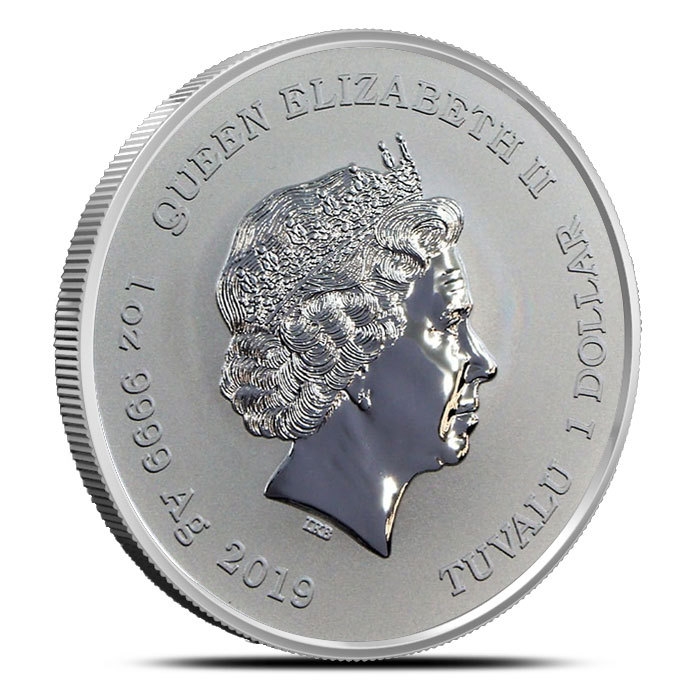 Out of Stock
Sorry! We're sold out right now.
NOTIFY ME
BUY BACK PRICE: $28.36
Add to WishlistLog In to add this product to your Wishlist

Captain America is the alter ego of Steve Rogers. As a gangly young man, Rogers was given an experimental Super-Soldier serum as part of a secret WWII-era U.S. Army project. The serum transformed the scrawny teen into the peak of human perfection with superhuman stamina, strength, and healing powers. Today, he is one of a team of superheroes charged with battling a horde of evil villains bent on destroying the Earth. Captain America is the personification of American liberty and honor. He harbors a deep sense of justice, sparring with every enemy who threatens those ideals.

This 1 oz .9999 pure Silver Captain America coin is the 6th and final release in the officially-licensed Marvel Bullion series struck by The Perth Mint. Cap joins his mates Spider-Man, Thor, Black Panther, Iron Man, and Deadpool in a bullion lineup of some of the world’s most popular superheroes. With a limited mintage of only 50,000, Captain America is sure to follow the other wildly-popular, sold out releases in the series and will be a hit with fans and silver stackers alike. So add this iconic superhero to your collection today, while they last!

The obverse features Ian Rand Broadley’s effigy of Her Majesty Queen Elizabeth II, along with the purity of 9999 and legal tender denomination of $1 from Tuvalu.

The reverse depicts Marvel’s Steve Rogers as Captain America. With his strong body tensed and square jaw set in a heroic pose, he raises his shield to vanquish evil at any cost. He wears his iconic star on his chest and and the famous A adorns his helmet. He is poised for battle in front of a stars and stripes background, and the inscriptions “Marvel Captain America” and the Marvel copyright mark surround his image.

About The Perth Mint

The small oceanic country of Tuvalu is located between Australia and Hawaii. The Polynesian island is part of the British Commonwealth. All coins in this Marvel series are struck by the Perth Mint and issued by Tuvalu.

The Perth Mint is Australia’s oldest mint, as well as the largest exporter and second largest producer of gold bars in the world. With the capability to process over 700 tons of gold per year, the Mint is one of the most efficient refineries active today. The Perth Mint belongs to a prestigious group of gold refiners who have accreditation from five of the major gold exchanges. As a member of this elite group, Perth mint products are trusted by investors and collectors worldwide to meet the highest weight and purity standards.

Your 1 oz Silver Captain America coin arrives in a protective capsule. Multiples of 20 are sold in mint-sealed coin rolls. Multiples of 100 or 300 ship in mint-issued monster boxes. Orders over $199 are eligible for free shipping!

Get your 1 oz Silver Captain America coin while they last!

"Not a big Fan of the Queen But Captain America looks cool."