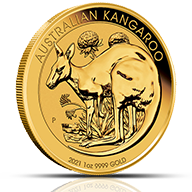 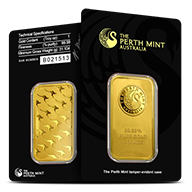 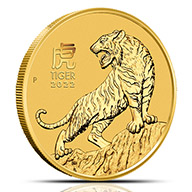 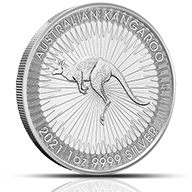 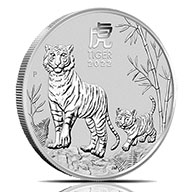 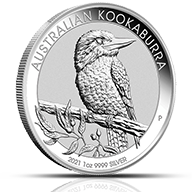 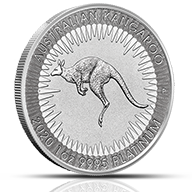 The Perth Mint is the largest refiner and distributor of precious metals in Australia, exporting about $18 billion worth of gold, silver, and platinum bullion to over 100 countries annually. A wide collection of legal tender coinage and bullion coins, bars, and medallions showcase iconic Australian themes such as indigenous wildlife.

Investors and collectors can confidently buy Perth products knowing that the mint's strict quality standards ensure that each coin or bar is made exactly to weight and purity specifications. In fact, the Perth Mint is the only refinery in Australia that is accredited by the London Bullion Market Association. The mint is also accredited by major gold exchanges like the New York Commodities Exchange–among others–which ensures that Perth bullion products are internationally tradable.

History of the Perth Mint

In 1899, the Perth Mint opened its doors as a branch of the British Royal Mint in response to the discovery of rich gold deposits nearby. It was the third Australian branch, following the Sydney Mint and Melbourne Mint–both of which are now closed. Raw gold was deposited at the Perth location by prospectors from around the globe, where it was refined and minted into gold coins and bars.

From 1899 to 1931, the mint struck over 106 million gold sovereigns and half sovereigns for use as currency in Australia and the British Empire. Production of these coins stopped in 1931 when Britain abandoned the gold standard. The mint then refocused on producing gold bars until coin production once again picked up in 1940. Hundreds of millions of pennies and half pennies were struck from 1940 to 1964. The introduction of decimal currency in 1966 led to the production of 829 million two-cent coins and 26 million one-cent coins by 1973.

In 1957, the Perth Mint produced a proof plate of 999.999 fine gold, which is the purest gold to be refined. It was such an impressive feat that the British Royal Mint ordered some of it to use as a benchmark for its own refining standards.

In July 1970, the ownership of the Perth Mint transferred from British hands to the government of Western Australia. A new gold boom began just a few years later, providing ample opportunity to the newly Australian establishment.

The Australian Nugget series of gold coins was introduced in April 1987, which helped set the precedent for the mint's status as a global bullion dealer. In 2003, the Perth Mint opened a brand new manufacturing facility right next to the original building. Together, the two buildings are home to over 100 years of minting history.

The Perth Mint is Australia's oldest mint, as well as the largest exporter and second largest producer of gold bars in the world. With the capability to process over 700 tons of gold per year, the mint is one of the most efficient refineries active today. In fact, it refines 92 percent of Australia's gold, along with gold from other countries.

In addition to producing coinage and bullion products, the Perth Mint also acts as a refiner for gold jewelry and other secondary metal throughout Australia and Asia. The mint handles global distribution, imports, and wholesaling of cast bars.

If you happen to visit the area, the Perth Mint doubles as a tourist destination. Their gold exhibition shares the history of Western Australian gold and its role in the global community.