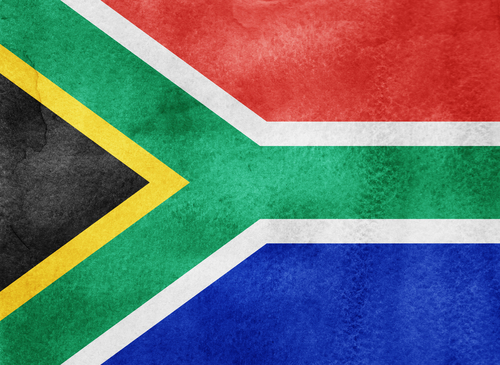 First founded in the late 1800’s, the South African Mint is the official mint of the Republic of South Africa and has been providing the country with currency, ever since.

Here, we will discuss a brief history of the South African Mint and overview a few of the most iconic coins it produces.

The beginning of South Africa’s Mint began with the discovery of gold in 1886 near Witwatersrand. In three years’ time, South Africa became a world leader in gold production, and the country’s trade and commerce boomed. In response to the gold discovery, South Africa’s then president Paul Kruger decided to establish a national mint.

The new mint would solve several problems South Africa was facing at the time. Most importantly, the country had been facing a coin shortage for some time, and it opened the door to allow South Africa to become an independent producer of its own currency.

At the start of the 20th century, the British occupied Pretoria, and the war caused the mint to cease in operation. As a result of the occupation, British currency was deemed to be the legal tender of the country of South Africa.

The Mint Act of 1919 served to establish a branch of the British Royal Mint in the city of Pretoria, and this mint began producing the pound in 1923. In July of 1941, however, ties between South Africa and the Royal Mint were severed, and the mint became known as the South African Mint thereafter.

While the South African Mint was no longer a part of the British Royal Mint, British currency was still widely used and accepted across the country of South Africa. That was, at least, until 1961 when South Africa became its own Republic. At this point, a new monetary system was created and introduced into the country.

The new currency featured coins that spanned from the amount of half a cent to 1 and 2 Rand. Each of these coins was designed to replace a piece of British coinage, and the 1 and 2 Rand were the first gold bullion coins to be produced in South Africa.

In addition to making South Africa’s coinage, the South African Mint is also regularly commissioned to create coinage for other countries, too.

With their modern technology and dedication to high quality coinage, the South African Mint has produced some very popular coins in recent years. 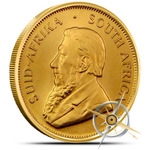 The Krugerrand was originally minted to encourage private gold ownership and has since been produced from over 46 million ounces of gold. The Krugerrand is available in 1/10, 1/4, 1/2, and 1 Troy ounce gold weights, meaning that the coin is available for a wide variety of collectors with varying budgets.

The Protea series began in 2013 as a tribute to the life of Nelson Mandela. Each year, a new coin is released in the series to commemorate a different time in Mandela’s life in South Africa.

While the R1 is a tried and true piece of South African currency, the Mint began releasing commemorative R1’s beginning in 1997. The coin’s theme is currently “South African Reptiles” and features a cape dwarf chameleon, this year. The R1 contains 1/10 oz. of .9999 fine gold.

Beginning this year, the South African Mint released a series of 4, 24-carat gold coins (1/10, 1/4, 1/2, and 1 troy oz), as well as a sterling-silver crown coin. These coins commemorate Africa’s big cats in conjunction with the National Geographic Series.

Own a Piece of South African History

If you would like to make bullion coin your next investment, Provident Metals can help get you started. We provide a broad selection of Gold and Silver Bullion at the Lowest Prices with Free and Fast Shipping.