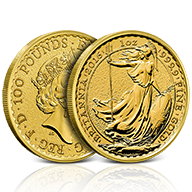 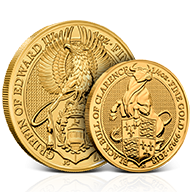 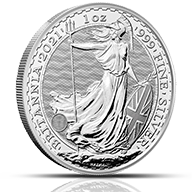 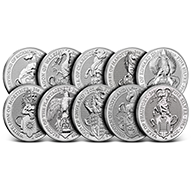 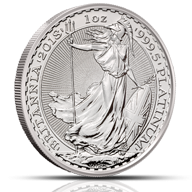 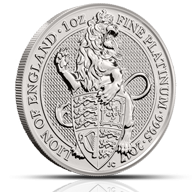 The images stamped into coins illuminate the civilizations that created them–from art and religion to economics and wars. For over 1,100 years, the British Royal Mint has captured the history of the nation on coinage.

The Royal Mint has evolved into an industry-leading producer of currency, coinage, bullion, and medals. In fact, on top of making coinage for all of the United Kingdom, the Royal Mint also produces coins and medals for about 60 other countries on an annual basis. Each week, the mint produces roughly 90 million coins and blanks, totaling nearly five billion coins per year.

The Royal Mint is a national treasure in the UK, and its known around the globe as an industry-leading manufacturer of coins and precious metals. A long heritage, paired with innovative technology and high minting standards, has led to international recognition and celebration of the mint's accomplishments and products.

History of the British Royal Mint

Though the exact date the British Royal Mint was founded has been lost to history, we do know that the institution is approximately 1,100 years old. This comes from records dating back to the mid-9th century that show uniformity in coin designs, suggesting that there was some type of policy and control over the making of coins during that time.

Over the centuries, dozens of mints sprang up in the southern half of the country. However, by the 1270s, their numbers declined as the many mints were gradually unified into a single system. Historical records from this period show a more clearly defined framework under a new mint based within the Tower of London.

The London Mint was in operation for over 500 years, until growing operations required more space and new machinery. By 1812, the minting facility was transferred to the Royal Mint Court right across from the Tower of London. But demand kept growing and the new location proved to be inadequate as well. In 1968, the newest mint–inaugurated by Queen Elizabeth II–was relocated to the small Welsh town of Llantrisant, which boasted ample space for expansion.

Now headquartered in Llantrisant, South Wales, the British Royal Mint employs more than 900 people and exclusively produces all UK coinage. The facility operates around the clock to crank out currency, bullion coins, medals, and more. The mint operates as a limited company, though Her Majesty's treasury owns it.

The Royal Mint Museum has a collection of British coins, experimental pieces, artwork, and equipment that illustrate the history of coin design and manufacture through the ages.

Trial of the Pyx

The quality standards of Royal Mint products are upheld by the longstanding tradition of the Trial of Pyx. In place since the 12th century, the trials are held annually and involve a jury of assayers examining the specifications of a sampling of coins (chosen at random throughout the year) produced by the Royal Mint.

The trial is held by the Goldsmiths' Company of the City of London, which provides a jury of Freemen of the Company. Once the jury is sworn in by the Queen's Remembrancer, a senior judge presides over the trial according to directions issued by the Treasury. Coins are examined to ensure proper weight, composition, and diameter. Once the trial is complete, a verdict is delivered to the Queen's Remembrancer before the Master of the Royal Mint.

The Trial of Pyx (named after the chest used to hold the sample of coins for testing) is designed to ensure that every coin produced by the Royal Mint conforms to prescribed standards. This tradition is one of the many reasons why the Royal Mint is one of the world's leading producers of precious metal bullion coins that are treasured by investors and collectors alike.